Home News ‘What it takes’: Genentech’s Rachelle Doody recalls ‘great sadness’ of Alzheimer’s failures, but sees a future of options for patients 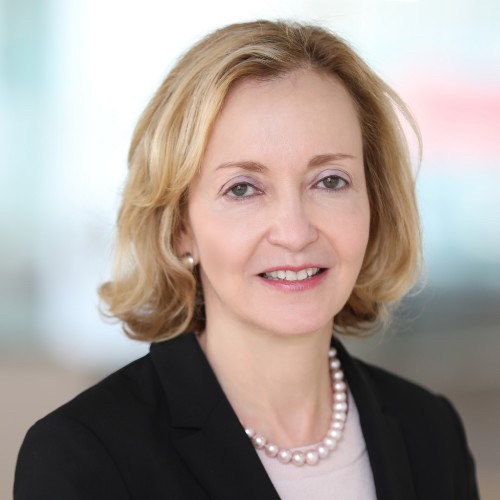 Editor’s Note: This story is the third and final piece in a three-part series profiling women in Alzheimer’s disease. To read more about the series, please see our introduction page here. The first profile on Biogen’s Maha Radhakrishnan is available here, and the second, featuring Eli Lilly’s Brandy Matthews, is here.

Rachelle Doody was 25 years into her career in academia as a neurologist, constantly fighting to keep things the same as a chair of the Center for Alzheimer’s and Neurodegenerative Diseases at the Baylor College of Medicine.

She had to push to keep space for critical research. She had to lobby to protect her faculty. Her time was diverted from her true passion: developing new drugs to combat neurodegenerative disorders.

So, when an opportunity came up at Genentech to shift the focus back to drug development, she said goodbye to academia. She’s now the global head of neurodegeneration at the Roche unit, which is one of the major players in bringing new therapies for Alzheimer’s disease toward the market.

“What I thought is that being full-time in pharma with a really great group of people to work with, that I could get the momentum back toward getting drugs to people more quickly and in a more focused way,” Doody said in an interview with Fierce Biotech.

Doody is now overseeing a portfolio that includes treatments for Alzheimer’s, Parkinson’s and Huntington’s diseases, which are in advanced development. That includes gantenerumab and crenezumab, both Alzheimer’s treatments—and Roche is teeing up the former for an accelerated review filing at the FDA.

She manages all aspects of neurodegeneration, including development of therapeutics and diagnostics and the teams conducting clinical trials.

“I got into neurology because I was interested in cognition and how people think, and I was fascinated by the fact that people are different. There are cognitive differences, there are cultural differences,” Doody said.

She started Baylor’s Alzheimer’s research clinic and built it into the research center it is today. Looking at the path that has led up to this moment in Alzheimer’s disease, where one disease-modifying treatment has been authorized and others—including Genentech’s candidate—are knocking at the FDA’s gates, Doody remembers the many failures that have helped inform the state of research today.

“You think of it now as, well, why would someone go into Alzheimer’s where there were many failed drug trials? When I started, there were no drug trials,” Doody said. “[People] were just beginning to talk about the fact that dementia due to Alzheimer’s could be diagnosed and it could be a treatment target.”

Much of that early work established global diagnostic standards for Alzheimer’s to identify patients, and then that information helped inform how to build clinical trials, Doody said.

Every study since then has informed later ones, which is important, but the sting of failure when a once-promising Alzheimer’s drug is found ineffective is of course familiar to Doody.

“There’s a great sadness” if a therapy doesn’t work, “because all of that time and effort has been invested with a lot of hope,” Doody said. And patients are always at the center of that feeling of disappointment. By the time a drug reaches late-stage development, thousands of people, from patients and caregivers to investigators to company employees, have been involved.

“But there’s also a really strong scrutiny on the scientific value—and I’m sure that doesn’t comfort everyone, but it really helps most people to produce scientific knowledge that we then share with the public and use in our next drug development program,” Doody said.

But now pharmaceutical companies, including Genentech, are on the cusp of offering a couple different options for patients. This renewed sense of vigor in Alzheimer’s was spurred by the FDA’s approval of Biogen’s Aduhelm in June based on biomarker data. Companies now have a pathway to get their drugs authorized based on data that suggests the medicines can affect the underlying cause of the disease. Proof of clinical efficacy can come later.

Genentech has joined the chorus of companies working quickly to prep gantenerumab for an accelerated review filing, but Doody insists the Swiss pharma giant has “never wavered” with its Alzheimer’s program.

Gantenerumab has not had a smooth path through development. Roche put the drug on the shelf in 2014 after it failed a phase 3 study, but revived it in 2018 when the company said it suspected a higher dose could spur an effect. A second Washington University School of Medicine study of the candidate failed as well.

So whether gantenerumab can build the clinical data needed to back up an approval remains to be seen. Genentech is working on a number of phase 3 studies, and executives, including Doody, have said they remain focused on that task, rather than on how Biogen’s activities might affect their regulatory prospects. Some of the Alzheimer’s trials are due to read out next year, Doody said.

“We don’t really find ourselves being guided by the ups and downs of what’s happening in the external world,” Doody said. “The fact that another molecule has obtained an accelerated approval and has a path toward full approval in the future, that doesn’t change our plan. We’d have to go back in time.”

Looking back on her time as a practicing neurologist, Doody remembers the modest outcomes that caregivers and patients would say they wanted out of treatment. They just didn’t want to get any worse, or they wanted seemingly small improvements that could have an outsized impact on their lives.

“We ultimately want to prevent all Alzheimer’s disease, and treat and reverse anyone who has it, but we have to take it in steps,” she said.

Clinically meaningful benefits are so important, Doody said. In the early days, she said patients would say, “My husband can now read the headlines and talk about them. He had lost that ability. This makes a complete difference to our day.”

Doody hopes that someday treatment in Alzheimer’s will be more individualized, and diagnostics will be able to identify patients early and assess risk.

That will of course take new researchers joining the field. Doody said she’s always noticed women in neurology, but now they are much more prominent—and they’re placed in higher positions across the R&D landscape and in regulatory offices as well. Twenty years ago, she said, perhaps one in 10 people in a room would be a woman, “and that voice was pretty much lost.”

For anyone interested in pursuing Alzheimer’s research and neurology, Doody said all personal and professional experience is relevant to becoming a drug developer.