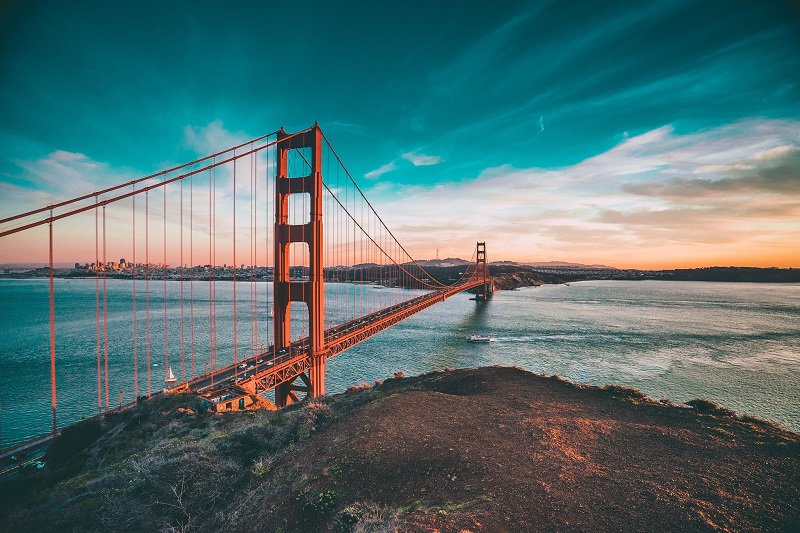 Here’s your need to know. The deals began to flow as Amgen announced a team-up with Arrakis Therapeutics to develop a new class of RNA-targeting medicines, and Roche delivered a sizable investment in the liquid biopsy developer Freenome.

Yesterday’s coverage of the conference’s kick-off Day 1 is available here. And remember to check out tomorrow’s Day 3 roundup, covering the on-the-ground skinny from Wednesday’s action.

It’s not too late to get a COVID-19 treatment into the clinic, according to late comer Enanta Pharmaceuticals. The biotech reasoned that omicron might not be the last variant of concern, Pfizer and Merck’s emergency authorized pills can’t fill all demand and the pandemic will turn into an endemic that still needs treatments.

That’s the logic behind Enanta’s decision to enter the clinic next month with a protease inhibitor that it says is “very, very potent” against variants of concern, including omicron, in preclinical models, according to Jay Luly, Ph.D., CEO and president. The trial will test EDP-235 as a once-daily regimen of either 100mg or 500mg.

Legend Biotech is nearing a big milestone with the approval of the J&J-partnered multiple myeloma CAR-T therapy cilta-cel expected in February. With that on the horizon, CEO Ying Huang, Ph.D., turned a lens to the biotech’s other R&D projects during a Tuesday presentation at J.P. Morgan.

The biotech now has over 300 R&D scientists working on CAR-T therapies, TCR-engineered cell therapies, natural killer cell therapies, and other platform technologies. This includes both autologous and allogeneic approaches, or cells that come from a patients and are altered, or cells that are received from a donor and altered to make the treatment, respectively.

The company kicked off a U.S. phase 1 trial for the CAR-T therapy LB1901 in two types of lymphoma in 2021. Other early-stage programs are underway in China.

J&J and Legend also began a phase 3 study for cilta-cel in October 2021 for patients with multiple myeloma who have had multiple lines of treatment and are resistant to Bristol Myers’ Revlimid. This will compare cilta-cel with standard therapy in this indication.

There’s no need just yet to start dreaming up ways to repurpose the many PCR testing devices that have cropped up amid the COVID-19 pandemic—according to Hologic CEO Steve MacMillan, molecular testing is here to stay, even as the coronavirus follows its trajectory toward becoming a flu-like endemic disease in the next few years.

“As we look forward, we totally believe that societies are going to want to truly track what is going on, and they’re going to need molecular testing,” he said. “Let’s face it: First off, the antigen tests don’t get properly reported, and more importantly, they just don’t work as well.”

PCR tests, meanwhile—like those run on Hologic’s Panther analyzer—not only boast significantly higher sensitivity and specificity ratings than their antigen counterparts, but are also broadly trusted by hospitals, public health authorities and patients alike. “In virtually all things medical, the cream rises to the top, and the best tests prevail,” MacMillan said. “Molecular testing is the gold standard. It will be here for the long run, and we are going to be there with it.”

As for what that long run will look like, MacMillan predicted, “This might look more like the pregnancy market, where people will use an at-home test, but you’re not going to decide you’re pregnant just based on a home test—you’re always going to reflex to the doctor.”

Dexcom provided a new look at clinical data from its upcoming continuous glucose monitoring sensor, the G7. “The performance of this product is something I never thought I would see in nearly 30 years in this business,” said CEO Kevin Sayer, adding that the device—at about 60% smaller than its predecessor, the G6—”comfortably” meets FDA standards. The company submitted the device for agency review last quarter, and is planning a global rollout coupled with new expansions into the Type 2 diabetes and fitness tracking markets. Story

Among a field of NASH biopharmas in the ‘show me’ stage of development for the non-alcoholic fatty liver disease, Akero Therapeutics hopes to be first to win an FDA nod. After failed NASH programs from Bristol Myers Squibb, Genfit, Enanta and Metacrine in recent quarters, Akero is moving forward with two phase 2b trials. One of those is expected to show some bearing in the third quarter of this year, President and CEO Andrew Cheng said during the biotech’s presentation at the annual J.P. Morgan Healthcare Conference on Tuesday.

The two phase 2b trials are testing efruxifermin’s ability to improve fibrosis associated with NASH, which affects millions of people in the U.S. The first trial, dubbed Harmony, is looking at patients with stage 2 and 3 fibrosis for 24 weeks and is slated for readout in the third quarter of this year. The second trial, Symmetry, is a 36-week study in patients with stage 4 fibrosis. The biotech will provide guidance “shortly” on the timing of that data; Akero has “less competition” in that stage of fibrosis, said Kitty Yale, chief development officer.

While both trials are testing efruxifermin at 28 mg and 50 mg, the longer-term plan will likely be 50 mg because “fibrosis improvement is better” at that dose, Cheng said. “You do lose a bit of glycemic control when you move to the 28 mg, and given that half of NASH patients are diabetic, it’s an important differentiator for the effects,” the CEO added.

In a phase 2a trial, the 50 mg dose delivered a 62% response rate, the company said in July 2020. That trial led Jefferies analysts to hail efruxifermin as best in class. Since then, Bristol Myers Squibb has dumped its own phase 2b NASH drug in November, and Genfit axed a phase 3 NASH trial in July 2020.

Withings has snapped up its partner Impeto Medical to roll out new home-focused monitoring gadgets. Their first device, a smart upgrade of the bathroom scale, actually made its debut last week at the Consumer Electronics Show. The goal, after securing an FDA clearance and CE mark, will be to provide access to a simple daily analysis of biomarkers linked to common health conditions, as well as catch warning signs of potentially serious cardiovascular diseases and nerve damage. Story

Sage Therapeutics expects the effect of zuranolone on anxiety to be “key” to the depression drug. Talking at JPM, Sage executives framed the effect of zuranolone on anxiety, a common comorbidity in depression patients, as a differentiator for their drug. “What we’re seeing with zuranolone is the primary effect on depressive symptoms. In addition to that, you’re seeing beneficial effects on anxiety symptoms. That’s why you see … patients who suffer from both symptoms having a really robust response to zuranolone in our clinical trials,” Jim Doherty, chief development officer at Sage, said. Sage expects to complete a rolling NDA in the second half of 2022.

Amgen adds to the flurry of companies announcing new research partnerships, with a new $75 million upfront deal to research RNA degraders for difficult-to-drug targets with Arrakis Therapeutics. The two companies dubbed this a new class of medicines, which they hope will emerge from a combination of Amgen’s induced proximity platform discovery expertise and the small biotech’s RNA-targeted drug discovery platform. Story

Thermo Fisher CEO Marc Casper offered a potentially unique perspective on the past 12 months: “2021 was awesome.”

But then most people hadn’t recently closed one of the largest medtech deals of the year, with a $17.4 billion buyout of the contract research giant PPD. In his investor presentation, Casper described the move into clinical research services as a “natural extension” of Thermo Fisher’s efforts to serve its customers in biopharma. With the integration of the business underway, Casper said the company is now poised to support drugmakers from “the beginning of a scientific idea all the way through to an approved medicine,” by outfitting research labs, assisting in studies and delivering manufacturing hardware.

And while the outlay for PPD made up the lion’s share, Thermo Fisher spent a total of $24 billion on M&A over 2021, Casper said—spanning international viral vector producers, cell sorting machine developers, and the rapid PCR testmaker Mesa Biotech. Most recently the company acquired PeproTech for $1.85 billion, producer of ingredients used to develop and produce cell and gene therapies.

The cancer blood testing company Freenome passed the $1 billion funding mark, courtesy of $290 million from Roche. The drugmaker has invested about $350 million in the liquid biopsy developer since its 2014 founding, CEO Mike Nolan told Fierce Medtech in an interview. Freenome’s first diagnostic, for spotting colorectal cancer, is currently undergoing clinical testing, but the company plans to pursue multiomics tests for a range of cancer types and in some cases multiple cancers at once. Story