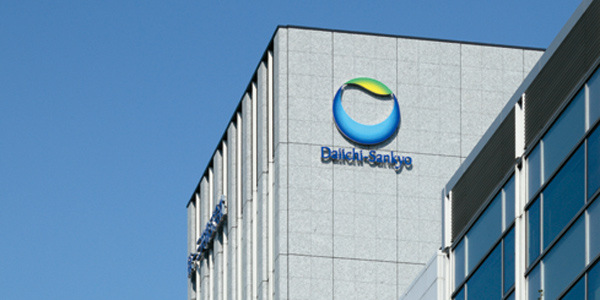 Daiichi Sankyo has seen some great successes in the clinic, the deal room and commercially when it comes to antibody-drug conjugates (ADCs), but it’s not resting on its laurels.

After the success of its HER2 Enhertu, the centerpiece of its $6.9 billion deal with AstraZeneca in 2019 and now approved in certain breast cancers, the Japanese pharma has been keen to keep pushing on with its ADC pipeline.

Early Friday morning at the European Society of Medical Oncology Congress 2021, we got a glimpse of its fourth ADC, known simply as DS-7300, which works as a B7-H3 directed DXd antibody, in what is its first human data (PDF).

Stable disease has been reported in an additional 32 patients including 24 patients who are still being treated with various doses of DS-7300 as of the data cutoff of July 21.

There was, however, a death: One patient receiving the 16-mg/kg dose developed interstitial lung disease (ILD), which later killed the patient and was judged to be treatment-related. Another case of ILD in a lower-dose patient has also been seen and since adjudged to be down to the drug. ILD is an issue that has been raised before and will be keenly watched.

Normal caveats of such early peeks remain, but analysts at Jefferies were optimistic of its fortunes. “While the cancer type is different and enrolled patients are small, it seems that DS-7300 is superior to competitive B7-H3 ADCs.”

This includes MacroGenics’ MGC018 (which had an overall response rate of just 5%) and AbbVie’s ABBV-155 (which saw a terrible overall response rate of 0% in the monotherapy arm) for solid tumors, with their data presented at the annual American Society for Clinical Oncology meeting over the summer. Daiichi said it expects DS-7300 to become a “large sales product in the future.”

“These initial safety and efficacy results of DS-7300 are encouraging as we observed that most patients in the  study experienced some level of tumor shrinkage,” said Melissa Johnson, M.D., director of the Lung Cancer Research Program at Sarah Cannon Research Institute, which is partnered with Daiichi on the drug’s development.

“Based on these results, we are moving forward with the dose expansion part of the study where we are enrolling patients with metastatic small cell lung cancer, esophageal squamous cell cancer and castration-resistant prostate cancer to further evaluate the potential role of DS-7300 in these cancers.”

Ahead of the data drop, Gilles Gallant, Ph.D., senior vice president and global head of oncology development and oncology R&D for Daiichi, added that these data “may further validate the portability of our DXd ADC technology to other targets to create potential new treatments for patients with cancer.”